The Staffordshire Regiment Museum has been assisting actor and writer, James Staddon, over the last two years on his film and book project, ‘A long Way Home’.

The book is based on a fictional diary belonging to Emily Faith which was found in an attic.  Emily grew up on a farm in North Staffordshire and it tells of her experiences during the First World War when her father, Private Thomas Faith of the North Staffordshire Regiment, went off to fight in France and how Emily and her mother and her dog Scamp coped on the farm in his absence.

James Staddon is an established actor on stage and screen.  He has appeared in many TV and film productions; on stage with the Royal Shakespeare Company and in the West End in London.

James has kindly agreed, as part of the Staffordshire Regiment Museum’s remembrance activities, to allow this book to be shared free to schools for use in their classroom activities but not to be shared beyond use in the school. The Museum shared it with some local schools today but if you are school and would like to receive see or read ‘Long Way Home’ please do get in touch with the Museum

James worked with James Northcote to produced an accompanying film can been see via the film’s producer, James Northcote’s Twitter feed:  @northcotejames

Education pack for those rainy days 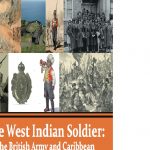